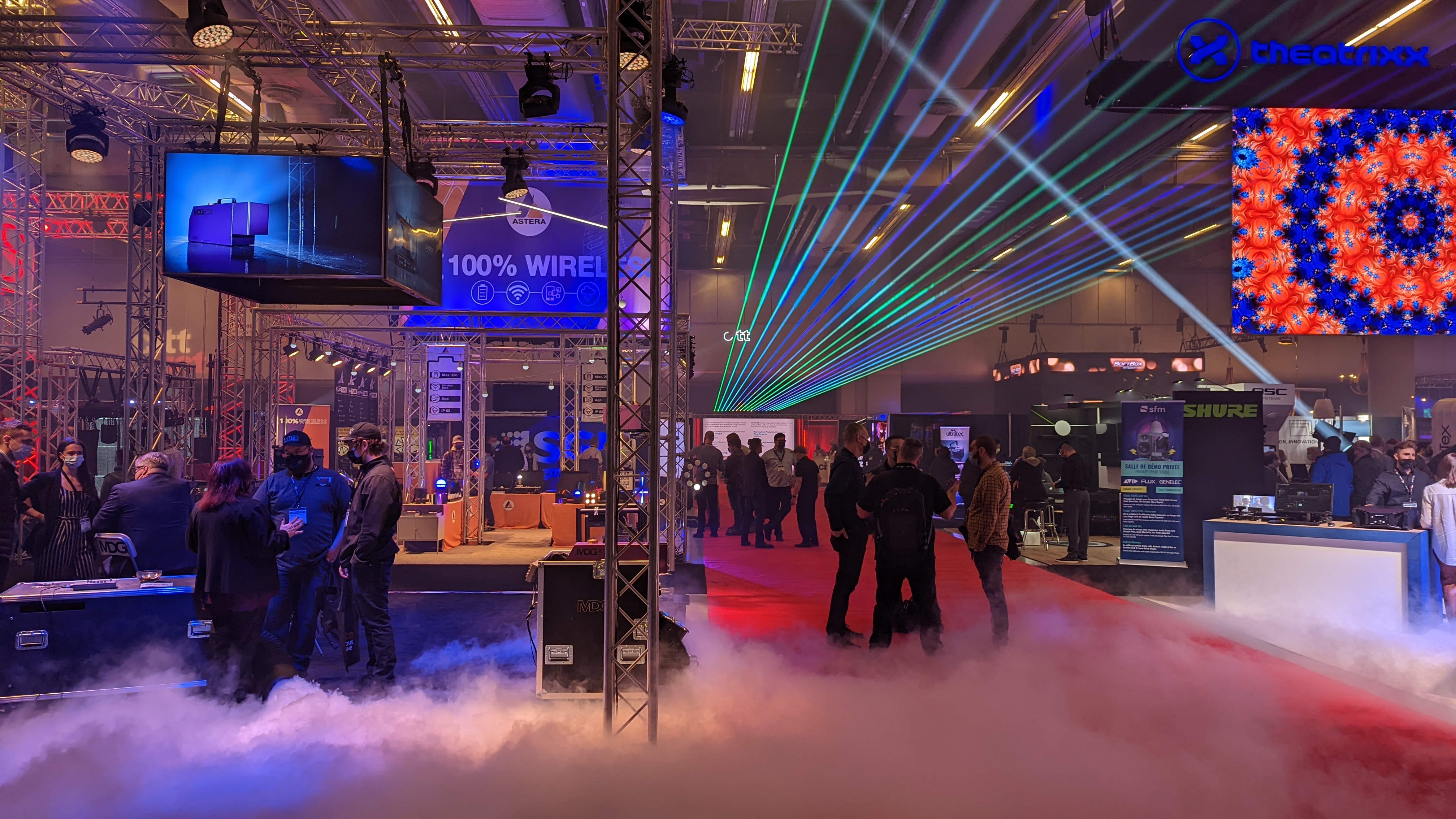 After a two-year hiatus, CITT/ICTS' welcomed the North American entertainment technology industry back to the Palais des congrés de Montreal on April 13-14, 2022. More than 60 exhibitors filled the show floor, who welcomed over 1,000 industry professionals from the pro audio, sound, lighting, video, audiovisual, and multimedia industries.

On the morning of the second, also on offer for Expo-Scene attendees was an exclusive backstage tour of the Salle Wilfrid-Pelletier of the Place des Arts.

The next Expo-Scene will be held on April 13-14, 2023, once again at the Palais des congrès de Montréal.