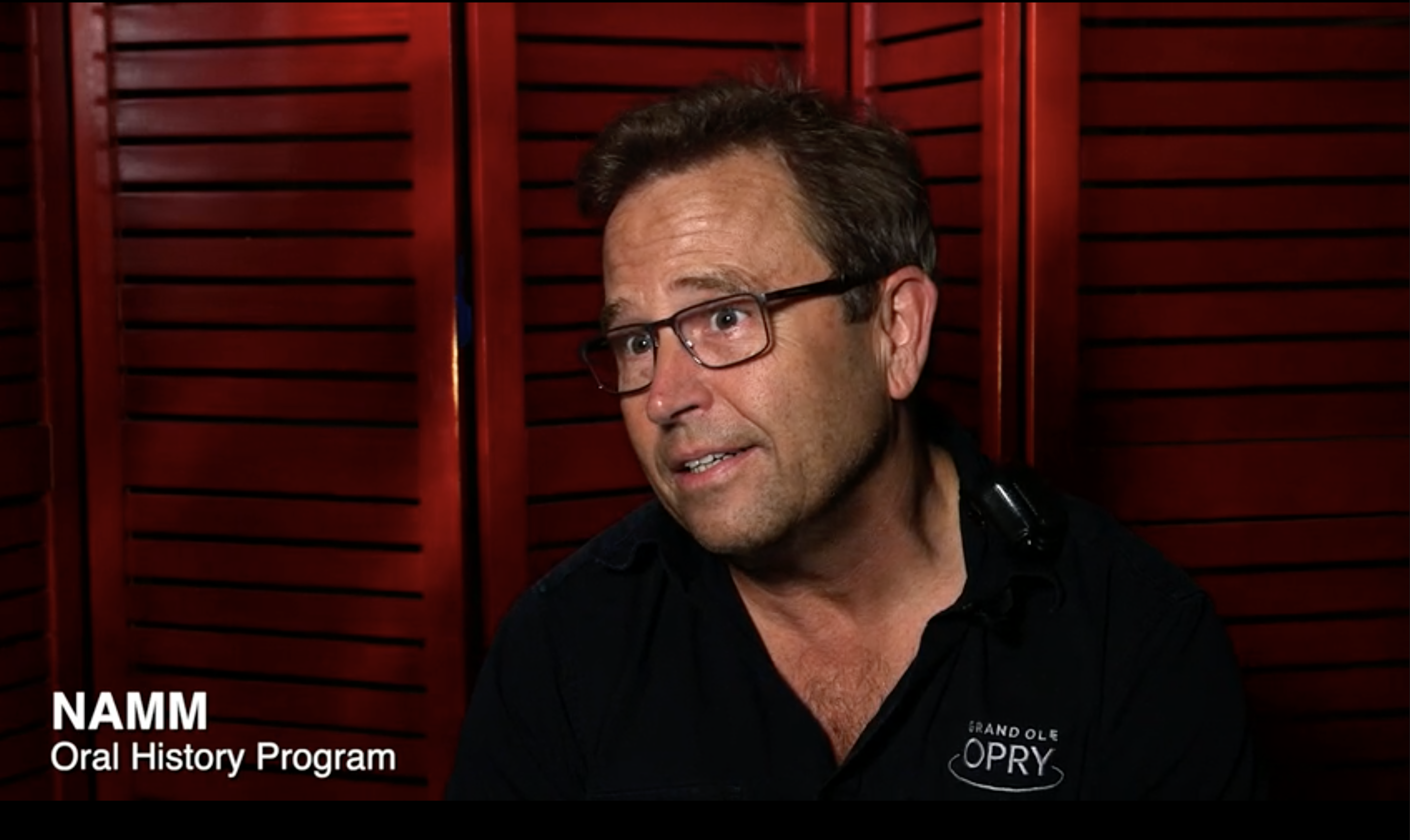 The NAMM Oral History Program celebrated a milestone in early October: the release of the program’s 5,000th interview. In this special edition, the program features Kevin McGinty, famed audio engineer, and front of house for Nashville's Grand Ole Opry. Since its inception in 2000, the NAMM Oral History Program has sought to preserve the rich history of the industry through first-person accounts from professionals in music products, pro audio, live sound, entertainment technology, artists, and more.

In the 5,000th interview, McGinty shares stories, wit, and wisdom working in live sound. He covers his early history, which began with mixing live sound in high school, later attending Belmont University and Middle Tennessee State University for a degree in Music Business. From there, he worked as front of house at Nashville’s famed Exit/In and installed many audio systems in the city’s clubs and concert halls. In 2003, McGinty joined the Grand Ole Opry as an audio engineer and has never looked back.

After 22 years and 5,000 interviews, the incredible stories from industry luminaries are not lost on Del Fiorentino. “The contributions of those within the music and sound industry may never be fully realized. However, these interviews hope to shed light on how much they have benefited music lovers worldwide.”

In addition to filming and indexing interviews from the Oral History Program, the work of NAMM’s Resource Center department extends to the production of The Music History Podcast, historical preservation of photos, documentation, advertisements, and other aspects of industry promotion for future generations of the industry. The vast archives are referenced in support of research and are accessible to all NAMM members.

Oral History participants have come from 84 different countries and all U.S. states and were born in the years between 1903 and 2001. The oldest living interviewee is former piano industry executive, Kline Locher, who was 84 when he was interviewed in 2004. He is now just days away from turning 103.

To watch any of the 5,000 interviews, go to www.namm.org/library/oral-history.